Made of real tomato and clam juice

Proudly mixed in our Quebec installations.

Find it in convenience and grocery stores

Enjoy it during cocktail hour… or brunch!

Named in honor of Jules Caesar

WHAT DO THEY SAY ABOUT JULIUS BLOODY CAESAR?

Nothing and no one can stop me from enjoying my Julius Bloody Caesar! No kidding… I’m ready to kill for this drink!

” I came. I saw. I conquered made y’all a drink! And don’t you dare call it Canada’s bloody Mary! Crafted with my special blend of spices, I added my own little spin to Canada’s favorite cocktail, while staying true to its traditional flavors. ”

Bacchus can keep his wine… Julius Bloody Caesar truly is a divine drink!

Did you know that the Bloody Caesar was a Canadian culinary invention?

In 1969, an Albertan bartender of Italian origin, Walter Chell, wanted to create a cocktail inspired by the Bloody Mary and pasta alle vongole. For weeks, he crushed clams to obtain the perfect balance with tomato juice. He named it in honor of Julius Caesar.

The Bloody Caesar became immensely popular in Canada, where more than 350 million Caesars are consumed each year. In 2009 Parliament named it Canada’s Official Cocktail!

In recent years, National Caesar Day has been celebrated on the Thursday preceding the Victoria Day long weekend. 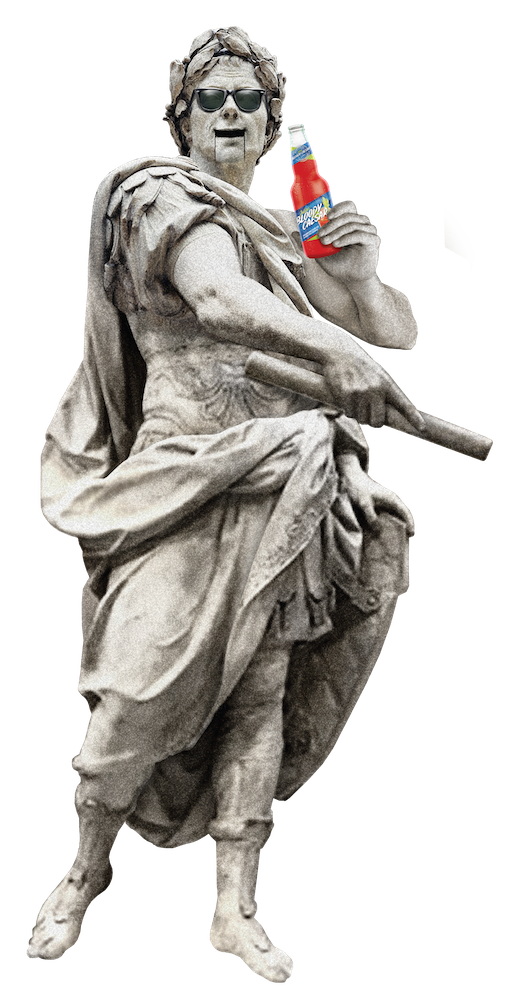